The Act on Promotion of Women’s Participation and Advancement in the Workplace went into effect in Japan in April 2016. Excellent companies, in terms of their promotion of women’s participation according to certain standards under this Act, are eligible for certification by the Minister of Health, Labour and Welfare. Certification is divided into three levels, based on the number of entry which meets five evaluation criteria. Certified companies may display the “Eruboshi” mark.

Sysmex has been an active proponent of diversity. In addition to respecting the individuality of our employees, we strive to provide them with a workplace where they can realize their full potential. As one aspect of these activities, we have established an in-house daycare center and we provide childcare leave that exceeds statutory requirements. In recognition of these efforts, in 2011 we received “Kurumin1” certification as a company that supports child-rearing. Based on the Act on the Promotion of Women’s Participation and Advancement in the Workplace, in April 2016 we also formulated the “Action Plan under the Act on the Promotion of Women’s Active Participation.”

By meeting all criteria under the “Performance Standards Related to the Status of Promoting the Active Involvement of Women in the Workplace,” Sysmex was certified for its excellence in initiatives to promote the active involvement of women. Accordingly, we earned Level 3 “Eruboshi” certification—the highest level.

Going forward, Sysmex will continue to engage proactively in initiatives to honor diversity, respect the individuality of employees regardless of factors such as gender, nationality or disability status, and provide them with a workplace where they can realize their full potential. 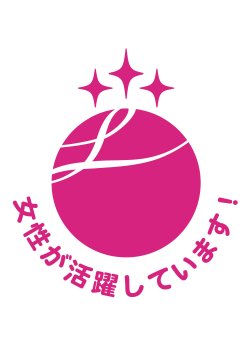 Related URLs:
Act on Promotion of Women’s Participation and Advancement in the Workplace (Ministry of Health, Labour and Welfare, Japanese only): http://www.mhlw.go.jp/stf/seisakunitsuite/bunya/0000091025.html

Diversity Promotion at Sysmex (including Action Plan under the Act on the Promotion of Women’s Active Participation): http://www.sysmex.co.jp/en/csr/stakeholder/employee_03.html