- Allows for Automated Testing in Only 17 Minutes -

Sysmex Corporation (HQ: Kobe, Japan; Chairman and CEO: Hisashi Ietsugu) has developed the HISCL® TARC Assay Kit (HISCL TARC1) as an atopic dermatitis marker for use in its fully automated immunoassay analyzers, the HISCL-5000 and the HISCL-2000i. Sysmex will commence sales of the reagent kit, which was developed in cooperation with Shionogi & Co., Ltd., as outlined below.
This reagent allows for pre-treatment testing of atopic dermatitis to be performed quickly and efficiently through automation.

Atopic dermatitis is a type of hereditary eczema which can trigger abnormalities in the immune function. Stimuli resulting from lipoperoxide accumulation and fungi prompt an immune reaction, causing a condition in which skin is chronically itchy and red.
In Japan, some 370,000 people are affected by atopic dermatitis, and this number is said to be on the rise.

Typically, physicians determine the severity of atopic dermatitis based on the scope and degree of the rash and the symptoms developed by the patient. From an immunological perspective, a more objective approach is to conduct a test that measures TARC production volume. This provides physicians with an objective numeric indication of the severity of the disease, thus allowing for an appropriate course of treatment for the patient to be determined.

Because conventional testing requires time, however, in-hospital pre-treatment testing has typically been problematic. To address this issue, Sysmex and Shionogi have jointly developed a way to automate this testing in order to provide test results more swiftly.

Use of the newly-introduced HISCL TARC Assay Kit allows tests to be performed in approximately 17 minutes. As a result, pre-treatment testing for atopic dermatitis can be performed within the hospital, leading to shorter waiting times and reducing the burden on patients.

Sysmex and Shionogi are also moving forward with the development of automated testing for the HISCL® ANP Assay Kit (HISCL ANP2), a widely used reagent to help assess the severity of cardiac insufficiency. The reagent is scheduled to be released in May.

By augmenting its lineup of testing parameters specific to its HISCL system, Sysmex aims to reduce the burden on patients and enhance the quality of testing in the immunological testing field. 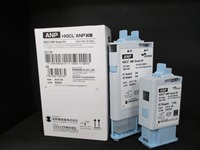 HISCL ANP Assay Kit, a marker to assist in
evaluating the severity of cardiac insufficiency 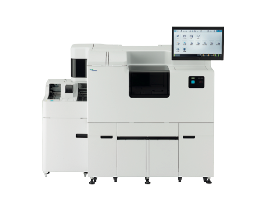